What are common differences between men and women? You can probably think of a few from the top of your head. But there’s one difference you probably don’t know. Namely, the fact that women who are resuscitated have half the chance of survival than men. Research by the Amsterdam UMC shows that 20 percent of men survive after CPR, compared to 12.5 percent of women. How is that possible? 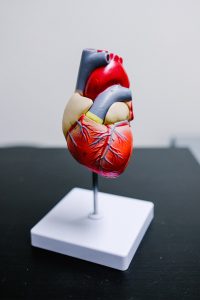 Before I dive into the above question, let’s start with a brief explanation of why this article does not mention a ‘cardiac arrest’ but a ‘circulatory arrest’. Your heart can pump, stand still and fibrillate (vibrate). When the heart stops, you speak of cardiac arrest, but not fibrillation. But in both situations, the heart is not pumping, there is no blood circulation and someone always needs to be resuscitated. The correct term you use for a still and fibrillating heart is circulation arrest.

A number of researchers from the Amsterdam UMC have started to investigate whether men and women are treated the same at the different stages when getting a circulatory arrest and how this affects survival. Three of the phases we will cover:

Based on recent research in the Netherlands, those with sudden circulatory arrests outside the hospital, are 53%  male and 47% are women. In other words, both go into cardiac arrest about the same amount of time. What is striking is that of those resuscitated by ambulance nurses, only 28% are women. Is this the professional assistance itself? ‘No’, says Marieke Blom, one of the researchers at UMC Amsterdam, in an interview with Het Parool.. “Ambulance nurses are just as good at resuscitating men as they are about women. And there is also no difference in speed through the control room when recognizing a circulatory arrest between men and women.”

Where does it go wrong?

Researchers noted that women are less likely to be resuscitated before the ambulance arrives. In 74% of men with a circulatory arrest, a bystander starts CPR, compared to 69% of women. What could this be about? One thing we know for sure, the symptoms of women with circulatory arrest are very different from men. Women do not have the well-known chest pains, but they might have neck or jaw pain, nausea, fatigue or shortness of breath. Actually, simply not feeling well is a common symptom. In this scenario, you would not immediately assume a problem in the heart or with circulation.

Then there’s another notable difference. In the case of a fibrillating heart, an Automatic External Defibrillator (AED) can give a shock to the heart and get it pumping again. The chance of surviving a circulatory arrest with a fibrillating heart and an AED on site is 50 – 70 %f or the first 6 minutes! Women have a shockable heart in only 33% of cases and men in 53% of cases. This does NOT alter the fact that resuscitation is no longer necessary. You need to continue CPR, even though the AED indicates that no shock can be given and the chance of survival is lower. 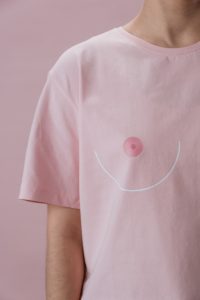 There are, of course, other explanations going around the world. In the US, for example, researchers state that fear of touching a woman’s chest may also explain why women are less likely to be resuscitated. Although Dutch researchers do not rule this out as a possible reason, this cannot actually be said with certainty. What they do see as a possible real cause is the fact that on average women are older than men and therefore more often live alone at a higher age. As a result, they also run the risk that there is no bystander when they get a circulatory arrest.